It has been quite a ride!!   I can't believe it has been two years since the Iran Deal.    It was a time that brought together a diverse set of players in trying to some vie for Peace. I was proud to have done my part to contribute to the dialogue despite my profound opposition to the Islamic Republic.

Now, though, storms are brewing yet again.    The Republicans have been busy dismantling the Obama legacy brick by brick.   It has included an initiative to roll back national monuments, cutbacks at the State Department and of course, healthcare.   I just saw reporting that the latest rendition of "Trumpcare" is now dead.   What I find striking is when Trump loses Jerry Moran, The US Senator from Kansas, then Trump has a major problem--I am just seeing reporting on Jerry Moran on how he heard his constituents about their opposition to the current plan.   What I also saw was Senator Graham  annoncing  his replacement plan in close collaboration with Senator Cassidy of Louisiana.  MItch McConnell , though, has come out to say that they are going to repeal Obamacare now with a 2-year delay:

The idea of having 32 Million People losing basic healthcare is daunting.

Beyond Healthcare, though, is the so-called commission on Voter Integrity is even more worrisome in many ways as well--As someone who has served in 10 elections here in California as an Elections Coordinator, I really don't get what they are trying to do--fixing a problem that does not exist.   I was so happy to see the State of Mississippi noting that those who want the data can jump in the Gulf of Mexico.   All of these are emblematic of an Administration that is stuck as Mr. Trump's approval rating continues to sink to new lows.   I am also seeing reporting of a multitude of reporting on potential public corruption in the Trump orbit.

As I was working away, I saw some very disturbing rhetoric about the Iran Agreement as the Iranian Foreign Minister--In New York when he spoke at the Council of Foreign Relations--underscored that Iran had the right to withdraw from the JCPOA as Republicans  As the United States continues to make declarative statements about the nuclear agreement--including a statement by Ed Royce stating that Iran is continuing to march towards the path of nuclear weapons without anything to back it up.   The domestic political challenges inside Iran, though, is also quite problematic especially as the President's Brother was arrested and was subsequently hospitalized and as he gears up to present his Cabinet.   The largest University in the Middle East, Azad, had its Chair of Board of Trustees replaced with the Former Foreign Minister.  The new President of the University is the former Chief Economic Adviser to the defeated Presidential Candidate and head of the Quds Razavi, Ebrahim Raissi.   What  I hope at least the Oil Minister, the Foreign Minister and the First Vice President retain their posts.    The composition of the Cabinet will be harbinger of things to come.

As I was assessing the week before being "off the Grid", I helped with finishing off a number of curation updates on Social Media as the automatic feeds will continue along with updated edits   I had the opportunity to be supportive of the work of the Daily Outsider as I hope all will enjoy the Notations throughout the Weekend.

What I find hopeful all the time is what I see continuing in the Community.    One of the highlights of July was the 39th Annual Laguna Niguel Run in the Park and this notation from the YMCA of Orange County showcased the best of community in action:

On behalf of all of the YMCA staff we want to say thank you to all of the great volunteers that we had. This is our largest event for the year and the largest in the City of Laguna Niguel. We are still tallying all the numbers but it was another great success in terms of fundraising for our scholarship program and community outreach.  We had 1,385 runners this year which was slightly up from last year (1,304). With volunteers, staff, runners, sponsors and spectators we had around 3,000 people there to celebrate  that morning.

Below are links to some pictures from the event on OC register and our own website. Check them out!

This has also been a month that saw our generation's Einstein, Maryam Mirzakhani,  lose her battle with Cancer--I wrote about it over the weekend:

I saw a tweet from the Tehran Municipality that they were considering honoring the memory and accomplkishments of Maryam Mirzakhani by naming a street or a building in Tehran after her.   Although this is a nice gesture, I could not agree with my friend Mike Kazemi as he wrote on his Facebook wall that we have to remember all as the World and mourn this genius that accomplished so much in her young life.   I  caught a program on the BBC Persian Service that interviewed a 16-year Iranian Girl that attended the same high school Mirzakhani attended--and she noted how her teachers rememembered her and how Professor Mirzakhani was an inspiration.   What was troubling was how this 16-year old is already thinking about leaving Iran--and I have a newsflash for the Government in Tehran:  Many will accept her with open arms for her to achieve her dreams.

As I go "dark" for the week, I took comfort in thoughts to remain optimistic and upbeat: 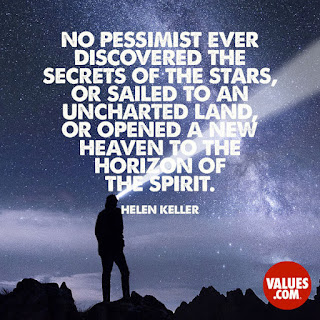