Random Thoughts On the Eve of the New Quarter......

It is the dawn of the new Quarter.     I worked away supporting the team at The Daily Outsider as we worked on a number of updates which will be available starting over the weekend.    I also saw this  (and shared it earlier on my Twitter Feed and my Personal Facebook Page):

I have listened to this about 5 times as I write this and his message to us all as a diverse and to be able to respect each other is so powerful is beyond words.     It is a much better that what he noted was the small horrible ideas--the need to treat our fellow human beings (whatever their race, gender, sexual orientation or religion) with dignity and respect.    I had lamented how Donald Trump did not seem to understand this as I repeatedly pleaded with him as one simple American along with his Son as they both engaged in a tossle with the NFL as the people of Puerto Rico suffered--and how the Acting Secretary of Homeland Security noted that it was a "good news story"--and as the people of Puerto Rico were suffering, the President was out Golfing--General Honoree was right on as he basically noted, "..if it was textbook, it is a new textbook..."   The FEMA Director was still in Washington when Andreson Cooper interviewed General Honoree--Holy cow!!!!    This interview with General Honoree was also trying--How the President was dismissive by saying, for instance, that shipping companies don't want the Jones Act lifted was beyond the pale.

This is also a month that has seen one of the most profound tragedies in our World with the plight of the Rohnyiga which I wrote about earlier on my Facebook Wall:


What continued to give me hope, though, was when my Son and I joined a day of service in support of the Aliso Niguel Second Harvest Food Bank Club at Zion Church in Anaheim.  Some 179 Families were served with over 798 souls taken care with some 5998 Meals and 7000 lbs of Food disbursed.   That's what gives me hope despite all that I saw over the past few weeks as I also saw this which I also released earlier on my Personal Facebook Wall:


As I look to this new quarter, I took comfort in this thought:

I begin my final Q3 2017 edition of "Random Thoughts" with this I received earlier in the Month from the Second Harvest Food Bank of Orange County:


What I found so amazing was how the creators of the West Wing--including Lawrence O'Donnell who now is a host as MSNBC--anticipated many of the challenging times faced here and now with the profound political divide existing and some potential ways to solve it.    I also was blown away by how The West Wing anticipated the rise of Obama with Matt Santos (featured in this clip)--and how Matt Santos reached out to his Republican Opponent to bring him into his Cabinet.

As I was working away finishing off final curation on my Social Media Channels and "going dark" to get some projects done, I released this to my Facebook Wall for my Final Facebook thought for the Quarter:

There is a lot to be thankful for--and a lot still to do.     I continue to remain hopeful despite all the profound challenges at hand because as Emel Mathlouthi noted, "...My Word is Free!!!"

Onward to the new quarter with all the great possibilities!! 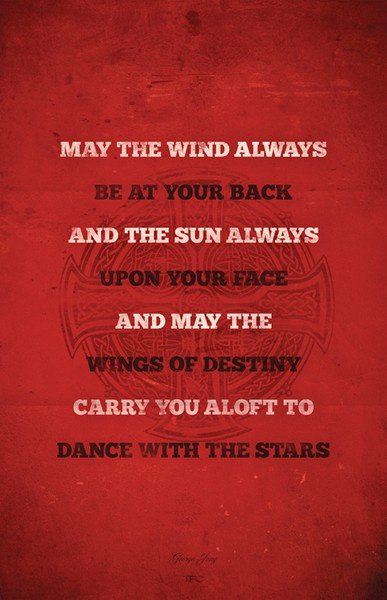 As I was on a brief "prowl" for the day, I ran across this which I wanted to pass on for this mid-week before I "run off"as I remain hopeful despite all the challenges:


It was quite a week as I joined Supervisor Lisa Bartlett's Orange County California 5th District Roundtable on Homelessness.  It was a packed two years of ideas & resources.   It is indeed a challenge as I wanted to  share a snapshot of the resources shared:

It has also been a busy week at the Daily Outsider that culminated in a number of key updates which I was privileged to support. It is an issue of special interest to me as the evolution of  #Irma is right now wrecking havoc on Florida as it left a trail of destruction in the Caribbean.   I was so glad to help curate the grassroots response that the team at @DailyOutsider released earlier today...--as I am writing this, Al Jazeerea's live feed on the Daily Outsider is reporting from reporters on the ground as Irma hits.

As I tended to on-going commitments, I recently reached out to Senator Harris and Congressman Rohrachber on the issue of Net Neutrality. Both Responses are quite interesting and I wanted to feature--the responses are pre-programmed as I know they have to deal with millions--but at least it is worth noting to get a sense of both sides of the political divide:


September has begun in earnest.   I decided to begin my first "Random Thought" for the Month with an image courtesy of Success Magazine to be hopeful (Please click on the link in the Caption to read up the 8 simple ways to help improve your life).   It was a bit of a challenging day for me at the Second Harvest Food Bank Conference at Saddleback Church in Lake Forest.   The first keynote, Joel Berg (the man who helped created AmeriCorp) laid out some stark realities.  I personally was shocked as I noted how 42 Million People go hungry in the United States and as the Trump Administration has proposed 169 Billion Dollars in Cuts.    I also had the chance to join the Scouts' Scouting For Food Monthly Chair Meeting as I brought myself up to speed on the latest.   I hope we can help the Council exceed the goal of 60,000 lbs last year.

There were two major developments as well while I was on the road.  The first is Hurricane Irma  (and just landed as I was working away)  that is set to pound Puerto Rico and threaten Florida.      This led me to create this clip of highlights I captured from   Al Gore's Book which I created with Animoto:

Then there was what Mr Trump  did about the Dreamers.    What was disappointing was how he did not come out to make the announcement himself--but had the Attorney General do it because of the claim that it will not stand up in Court based on the threatened lawsuit by 9 State Attorney Generals led by Ken Paxon of Texas.   This is in spite of the Economic Arguments as underscored by this open letter by Business Leaders--and I added my name to it:

As entrepreneurs and business leaders, we are concerned about new developments in immigration policy that threaten the future of young undocumented immigrants brought to America as children.
The Deferred Action for Childhood Arrivals (DACA) program, which allows nearly 800,000 Dreamers the basic opportunity to work and study without the threat of deportation, is in jeopardy. All DACA recipients grew up in America, registered with our government, submitted to extensive background checks, and are diligently giving back to our communities and paying income taxes. More than 97 percent are in school or in the workforce, 5 percent started their own business, 65 percent have purchased a vehicle, and 16 percent have purchased their first home. At least 72 percent of the top 25 Fortune 500 companies count DACA recipients among their employees.
Unless we act now to preserve the DACA program, all 780,000 hardworking young people will lose their ability to work legally in this country, and every one of them will be at immediate risk of deportation. Our economy would lose $460.3 billion from the national GDP and $24.6 billion in Social Security and Medicare tax contributions.
Dreamers are vital to the future of our companies and our economy. With them, we grow and create jobs. They are part of why we will continue to have a global competitive advantage.
We call on President Trump to preserve the DACA program. We call on Congress to pass the bipartisan DREAM Act or legislation that provides these young people raised in our country the permanent solution they deserve.

I am a loss to explain why 800,000 people are being given a death sentence.  I made it a point of answering the President's Tweet by noting how he was weak.    As I was reflecting upon this past 24 hours, I ran across this that is ever so powerful that I identified with as I continue the on-going work for all the properties at the Daily Outsider:

This is also as there is the issue of what to do about North Korea (which our team at Daily Outsider will work on ) as the President wants to cut off trade and blaming everyone.

It is not easy to be optimistic, but I see no other choice.....