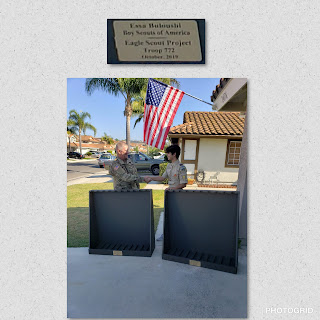 I begin this edition of with a headline I am particularly proud of:  An Eagle Scout Candidate delivering his project to the California State Guard.   It was great to be witness to it over Veterans Day Week-End 2019.   It was part of what was quite a weekend that saw me attend a Veterans Day Event in Costa Mesa, a Veterans Day Ceremony in Laguna Niguel.

It has also been quite a month in our World.    I was simply shocked as I saw this from a mailing from UC Davis: 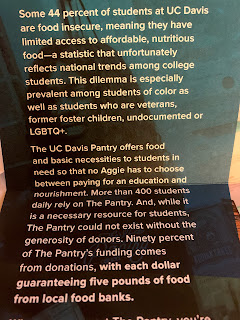 The idea that almost 50 percent of College Kids are Food Insecure is simply unacceptable.    Yet, some of the discourse we have been witness to in our World fails to truly address such fundamentals.     I was glad, though, as I saw the totals of the Annual Orange County Scouts Day of Service and what the community was able to be raised:

I was also blown away this weekend as I saw the future in action in Orange County as the new Voting Centers were showcased at the OC Fair Grounds and I had a chance to chat with the Registrar of Voter Team.   I captured the following images of it: 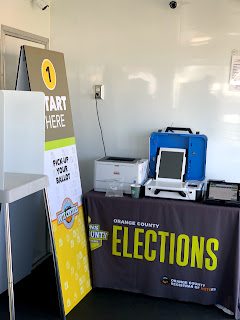 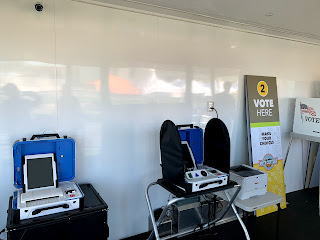 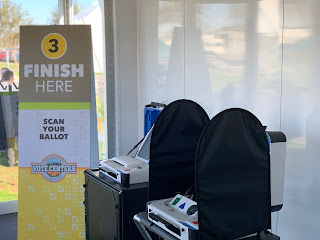 As I close out this mid-point #RandomThoughts, I close out with these image on the agony of these Two Mothers as the fires raged on in Australia courtesy China Daily & Financial Times of London: 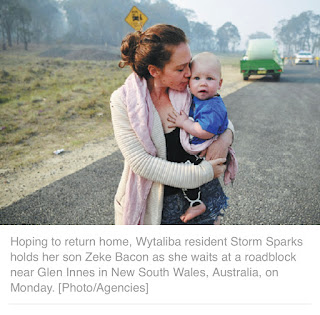 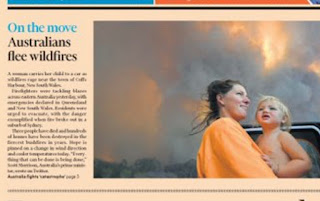 This is as I was horrified to see how the Founder of the Syrian White Helmets was assassinated in Istanbul.   I also saw how Hassan Rouhani, the Iranian President, celebrated his Birthday on his Presidential Plane as Iranians continued to suffer and suffocate under a dictatorship as I pay homage to all those who are in prison today in Iran including signatory of the 14-Person Manifesto who continue to be held with no charge.

We have to do better-and we will!!!

I remain hopeful as I close out my #RandomThoughts as I wish all in the United States a Happy Thanksgiving and remain ever so hopeful.

I look forward to my next edition of #RandomThoughts next month in my Virtual Corner Next Month.