Out & About w/Brief Thoughts as a New Week is At hand.... 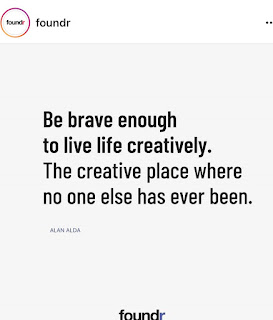 A new week is at hand as I write this.   It has already been quite a forthnight as I have been helping to tweet on the #GazaReturnMarch and how as I am finishing off these thoughts, some 16 people have been killed--and over 700 people have been wounded.    Al Jazeera has been covering this live which is available in The Daily Outsider Main Property in the Live Broadcast Pod.   This is as  the US Embassy will officially be opened as Palestinians throughout Israel and Gaza will continue their protests as a build up to Nakbha Day.   It is just so overwhelming to be witness to it as Gaza continues to be blocked by Israel to fish and as the two only entrants from Egypt and Israel continue to be closed.

As I was curating work and continuing to build out my repository of thoughts,  I ran across this as I wanted to share this on a positive note:

As I had the pleasure to be supportive of the Work of the Daily Outsider throughout the week, I can't think of a way to "book end" my week before being "dark" for the weekend with this from Steve Schmidt.

Steve Schmidt managed the 2008 Presidential Campaign from  Senator McCain.   These are some of the most powerful 4 minutes in praise of Senator McCain and I bow in respect to Mr. Schmidt for this eloquent tribute to Senator McCain which epitomizes what I view Senator McCain to be.
I made it a point of responding to Mrs. McCain in the aftermath of the vile comments by the White House Aide and a Fox Pundit:

Although a thank u is enough it is all that I can offer as one simple member of the @ordinaryfaces as I bow in respect to a patriot that along with your entire family epitomizes the best of America folks like him are like the wind but lions like your husband will endure
— Mike Pouraryan (@mikepouraryan) May 11, 2018

As I was finishing these thoughts and wanted to confirm Mr. Schmidt's Twitter Handle, I saw this (and couldn't agree more as to how General Kelly could tolerate this):


This is the citation for the award of the Silver Star to Commander John Mccain. This is real. This happened. Later he helped reconcile relations between our countries as a man of peace who knew war too well. Shame on John Kelly for tolerating this . https://t.co/o9ZG080fiA
— Steve Schmidt (@SteveSchmidtSES) May 12, 2018


I will note that I have had disagreements with his views over the years.  But that's the beauty of democracy.    His commitment to America is unshakable and his legacy will endure long after Donald Trump along with his vile and despicable Vice President, Mike Pence and his entire Administration are relegated to the dustbin of History.
Posted by TEST at 6:04 PM No comments:

As I was working away on late commitments for the Daily Outsider, I saw that Israel had struck Iranian Infrastructure in Syria after what was noted to be an Iranian Missile Barrage which was struck down by Israel's Iron Dome Defense System.   The Israeli Defense Chief had said that All key Iranian Infrastructure in Syria had been hit.    The last reports I personally reviewed was that over 2,000 Iranians had been killed--that does not include all the Afghan Recruits who joined the ranks out of desperation--Truly worrisome times....

I had hoped to strike a rather optimistic tone--but these two Visual Essays I produced over the past Week was to "hopefully"  tend decided to take a different "route" this week as I also was knee deep in various projects to share two "Visual Essays" I produced It has been an interesting week!!   For this edition of my "Out & About",   here are two Visual Essays to Enjoy as I also wanted to extend a Happy Mother's Day as it is Mothers' Day Week & of Course Teacher Appreciation Week:

It  was a week being witness to humanity and yet being taken aback by some of the on-going challenges in our World including the Gaza Return March and the freak show in Washington epitomized by the latest over the Stormy Daniels mess.    Professor Turley of George Washington reflected upon this on Face The Nation--As I noted on Twitter earlier, I read his blog daily although I  have disagreements with him periodically.

Our World was witness to quite a challenging week on a multitude of fronts no doubt--but my sense of optimism was exemplified as I was witness to the Esprit de Wolverine Awards at my Son's High School being witness to  the beaming Young being honored by their teachers under the watchful and proud eyes of their parents--and how the selfless souls that serve on the Aliso Niguel PTSA Board hosted a reception for the students and their families.    This was also a week, though, that saw one of the leading lights of Modern Iranian Music, Naser Cheshmazer leave the scene as he had a heart attack--I chose a clip of one of my modern classics song by the Iranian Music Legend Googosh courtesy of the Team at Tavanah that I was pleased to present

I am looking forward to joining an afternoon of service later on this week at Camp Pendelton as I will join the team from the Laguna Niguel Military Support Committee for a Family Day with the 1/4 Marines & thereafter join the selfless souls who serve on the Aliso Niguel Grad Night Committee as we all gear up to host the Grad Night 2018.

I close out my brief thoughts with this very optimistic note courtesy of the visionary Peter Diamandis that is a long-read but also quite critical for us to remain as to what is truly possible:

Onward to the new week with all its' possibilities!!

It has been quite a week on a multitude of fronts.     One critical thing I was so proud of was when I released an update from Radio Free Europe on two enterprising Iranians developing an updated version of Telegram--Telegram is the messaging app that is used by 40 Million Iranians which was ordered blocked by Iran's Judiciary--I can't wait to download it!!!    I was also proud of the five women who in Iran dressed up as Men to get in to watch the key Match for the National Football (Soccer) championship as captured by Tavanna last week as all who were at the Stadium cried out, "Reza Shah, Rohat Shaad..." which means Reza Shah, Rest in Peace: 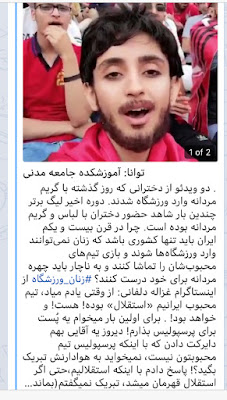 For those who may not know who he is, Reza Shah is known as the founder of Modern Iran with all that he did.    As I was working away, though, I thought about the choice and the legacy of purpose.   What I hope to be supportive of in the work of the Daily Outsider (as it evolves), the Community Projects & Initiatives to live up to the admonitions at hand: 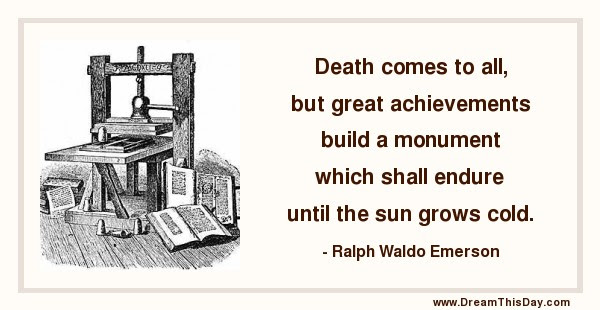 The three controlling desires of every normal man seem to be:
First, to live. Not merely to exist.
Second, to be a man among men.
Third, to do that which will endure.
- James Hulme Canfield


Lives of great men all remind us, we can make our lives sublime,
and, departing, leave behind us, footprints on the sands of time.
- Henry Wadsworth Longfellow