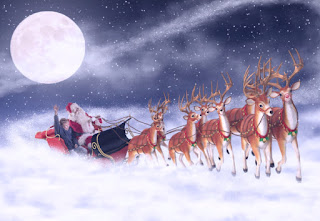 It has been quite a year--and a year to remember with milestones, challenges and setbacks.     As we all await the arrival of Santa, for me the privilege to have been able to serve and to make a difference was at the heart of what has admittedly at times has been a profound year.      I have had the pleasure to reflect upon all of them throughout my notations here in my Corner. 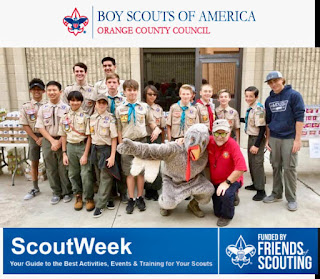 It has also been quite a year for me as I continued the active and engaging work on Social Media in support of the Daily Outsider and of course my own active efforts on Social Change efforts--with a primary focus on being supportive of the work done by Donate-A-Photo-An initiative sponsored by Johnson & Johnson.   Just like many throughout the World, I was disappointed about recent disclosures that Johnson & Johnson was aware of the presence of Asbestos in Baby Powder.   However, it still did not negate this very noble initiative that allowed ordinary faces like I to make a difference.     I decided to "go dark" on Social Media through next year with a final contribution to Donate A Photo with a beautiful image I captured of a Service Dog for a US Marine.     I was also taken aback a bit by recent disclosures on practices by Facebook which was of profound concern--It was quite a shock when I saw Walt Mossberg noted that he would be leaving Facebook & Instagram--although he would continue to remain on Twitter.      It is also of profound concern how Russia continued to manipulate the Social Media space.  What is critical is a profound sense of responsibility--for me it has been to stay in touch with a wider circle of friends, advocate for social justice and freedom and yes, to learn.  I was quite appreciative that I was able to catch my year on Facebook as I worked to wind down the year:

I also began a periodic concerted effort (which I hope to build upon for 2019) on this hashtag #WeWillReClaimIran as protests continue in light of the profound tragic realities on the ground right now.    I also had the pleasure to be supportive of and advocate for the fate of Jamal Khashoggi both throughout our properties and personally as it was great to be witness to him being named Time Person of the Year.   Karen Attiah from the Washington noted this as I also reminded her that Iranian lives matter as well:

I wish Jamal #Khashoggi were here to see what his life and death has accomplished.

Ultimately his work was about telling us all that ordinary Saudi lives matter.


I also captured this which was heart-breaking especially in light of the ruling from a US Federal Judge on the status of the Affordable Care Act--I made it a point of releasing this and tagging President Trump to underscore how healthcare should be a right--not a privilege--something I look forward to assessing throughout 2019: 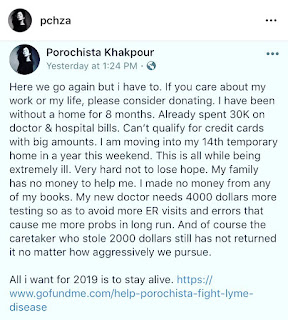 I also had a sort of a Farewell Tour as I visited The Marine Families of the 1st Regiment/4th Marines and the USS Stocksdale with members  of the Laguna Niguel Military Support Committee as my term concluded: 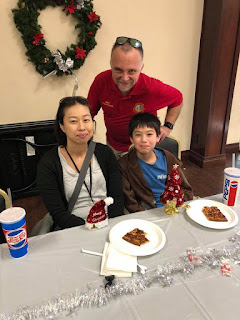 As the team at the Daily Outsider has gone dark throughout all its' properties through the end of the year, I was glad to see that they've seen to it that the live broadcast PODS are available as the Twitter Handle (@ordinaryfaces) will be curated.    I'll be helping as schedule permits as I will be "off the grid" myself  as I assess 2019 before picking things up.

As I personally "go dark" until the end of the year, I thought this from the great Lady Gaga from A Star is Born was quite appropriate as I also remembered:

It has been quite a week as 2018 is drawing down to a close quickly.    I worked away helping with some re-branding and alignment of the Daily Outsider Properties as there was also activity that was picked up in the Google Corner launched earlier this year.    It was also a month that once again reminded me of the beauty of our Community--and the generous Community Spirit as exemplified by what I noted in my weekend note with the Visual Essay I produced on the Laguna Niguel Holiday Parade.   I just captured the video that the City of Laguna Niguel produced that is available here along with the Visual Essay below on the sites of Laguna Niguel I captured:

It was also quite a week--and the great Trevor Noah captured it brilliantly.      He did go back to South Africa and his conversation with his Grand Mother was just beautiful:


There is also Spotify--Hope all enjoy this as I begin the true "mad dash" to the finish and gear up for 2019 with what I was up to:

It was a fabulous day in our Community--and marvel at how the Community embarks on such projects--folks started at 4:00 AM!!!

As I am finishing off a brief afternoon retrospective, bookending it before running off with this from Paul Hardcastle--onward to the holidays:

Out & About w/ #RandomThoughts (Updated w/Clips from #Remembering41)

It was quite a weekend as the 41st President of the United States passed away.   As America remembers him with a National Remembrance Service and a Day of Morning on Wednesday, I joined in this--especially as I remembered what he did with the American With Disabilities Act and some of the other key milestones he achieved.   Yes, he had flaws and he made mistakes--but what I picked up ((Which our team at the Daily Outsider will feature during a retrospective in the ordinary Faces property on Wednesday), captured it all in light of the challenging time we face with now.

I had the good fortune over the weekend to be witness to the Christmas  tree lighting ceremony at my hometown City Hall over the Week-End.  It was great to be witness to it as our community also celebrated the advent of Hanukkah as well late Sunday--which unfortunately I could not attend due to pressing commitments  .   What I picked up from PeaceNow was beautiful:

We Came to Drive Away the Darkness! A festival of light & hope, Happy Hanukkah!

It is the end about a sense of hope as the Holiday Season celebrating all the cherished traditions of the World .  But I could not help but wonder about these beautiful souls who would not celebrate the holidays with their loved ones, all who are away from their loved ones during these times especially: 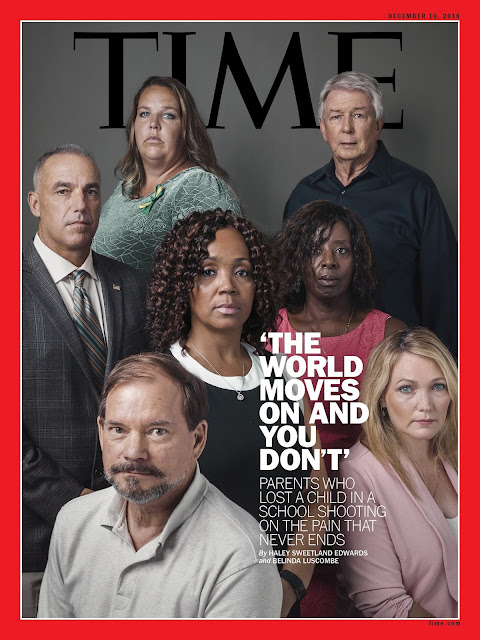 Our World is better because such courageous souls step up to make a difference--As I salute Time Magazine for insuring that we never forget.

Onward to this Holiday Month & remaining excited about our World in spite of the profound challenges....

(Updates:  Please enjoy the following retrospectives on the life and times of George H.W.Bush:) 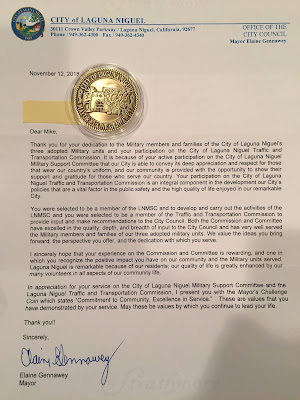