Around Town in South County: Brief Notations For The Week

It was a very busy week in the City of Laguna Niguel.    I had a chance to join the Budget Workshop that the City Council had approximately one week ago as the City Staff presented the annual budget for the City.   It was gratifying to see how member of the City Council went through each page literally line by line to assess the proposed expenses as outlined by City Manager Rod Foster and his Team.

In my capacity as a Traffic and Transportation Commissioner, I attended the monthly Commision Meeting to deliberate a number of key issues before us.   Some may consider the issues mundane, but it is never so to the people who are impacted.   It was amazing how staggering a statistic was  presented on traffic:  9 Million Vehicles traveling on Golden Lantern.

There is also change in the air at Capistrano Unified School District.   The new Superintendent of Schools is on track to be appointed within the next 30 days as the District again has to gear up for a new Budget and the LCAP process that is before it.

Remembering and Always Keep a Sense of Faith: A Thought 4 the Week-End 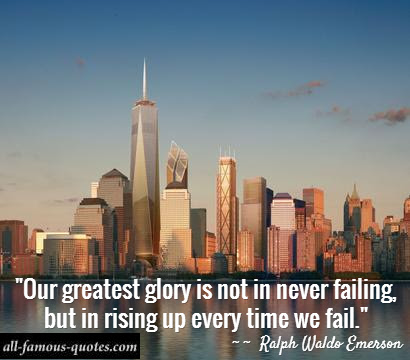 South County is ever so vibrant.    One of the more interesting reports I reviewed was in the Monday Edition of the Orange County Register On honoring volunteerism.   It was so gratifying to see all who were honored for their service to the Community.

As I reflected upon this, I view these "thoughts" as ever so timely on that sense of service which is ever so gratifying:


The purpose of human life is to serve,
and to show compassion and the will to help others.
- Albert Schweitzer

A cynic is a man who knows the price of everything
and the value of nothing.
- Oscar Wilde

How far you go in life depends on your being tender with the young,
compassionate with the aged, sympathetic with the striving
and tolerant of the weak and the strong.
Because someday in life you will have been all of these.
- George Washington Carver

The value of a man should be seen in what he gives
and not in what he is able to receive.
- Albert Einstein

Freedom is never dear at any price.
It is the breath of life.
What would a man not pay for living?
- Mohandas (Mahatma) Gandhi

The ultimate test of a man's conscience
may be his willingness to sacrifice something today
for future generations whose words of thanks will not be heard.
- Gaylord Nelson
Posted by TEST at 4:26 AM No comments:

The City of Laguna Niguel held a graduation ceremony for the Community Emergency Prepardness Academy Class of 2014.    It all began with an alarm that began an exercise to simulate a real life emergency entailing victims that had to be tended to and rescued.

Member of the Community participated in the mock exercise by playing victims with various degrees of injuries.  A contingent of Scouts from Troop 772 "The Trailmasters" in the City of Laguna Niguel joined to support this exercise: 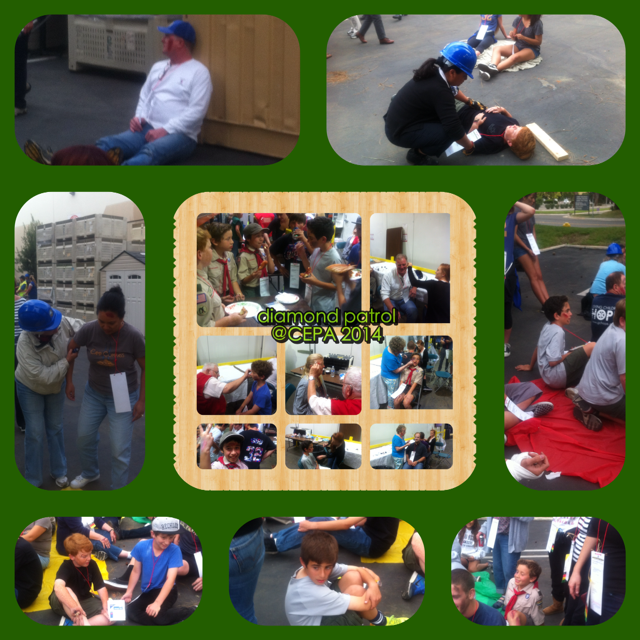 This was to showcase the incident command system (ICS) which is activated in emergencies which meant that victims had to be identified, classified according to their degrees of injuries and thereafter brought out of a building and released to emergency personnel to be sent forth to area hospitals.    The Orange County Fire Authority, Doctors Ambulance along with Team Laguna Niguel--the Citizen Emergency Response Team (CERT) were also an integral part of the event.

After the end of the exercise, the graduation ceremonies began with the pledge of allegiance by Scouts from Troop 772.  Afterwards, an after action analysis of the exercise was given by some of the key stakeholders--including the safety officers from Team Laguna Niguel and the Orange County Fire Authority.   The graduating class were thereafter awarded their Certificates and all were treated to Coffee and Cake Afterwards.

These graduates are now Ambassadors of Safety and Preparedness for the Community.  The basic message was this:  It is not a question of if, but when the next big calamity occurs.  It is important that all are prepared.

A "Thought 4 the Week": Rick Warren: A life of purpose

One of the institutions around South Orange County celebrated 40 years this past week-end.  Caspers Regional Park has been a showcase of nature as it has continued to help preserve a sense of the reality in the ever growing Orange County.   It is ever so as Rancho Mission Viejo begins a new phase of its' development as the next phase in South Orange County's Development comes into focus.    Troop 772, Laguna Niguel's "Trailmasters", joined the celebrations: 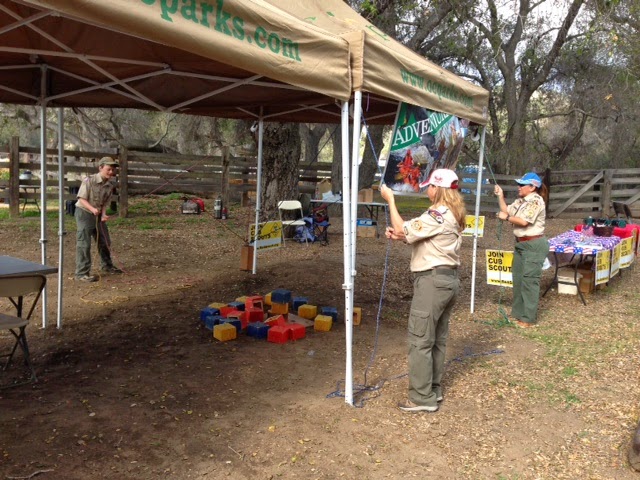 I have had the pleasure to camp at Caspers and have gone thru the hiking trails.   It is quite a gem to be preserved so that generations can continue to have the pleasure to enjoy that bit of nature in the midst of the sprawling metropolis that is South Orange County, California.

What I particularly look forward to is joining the Laguna Niguel Community Emergency Preparedness Academy's graduation on April 10, 2014.   Member of Troop 772 will join to assist the graduation by playing victims for the graduating class and thereafter participating in the celebrations.    This is an initiative by the City of Laguna Niguel that trains committed Citizens to be Ambassadors of Safety for their families, their neighbours and their community so that in turn they are able to be ready for the next big one.   As we in Southern California were reminded with the recent 5.1 Earthquake--it is not a question of if, but when.
Posted by TEST at 1:43 PM No comments: