Random Thoughts (As The W-End Looms): Out and About in the Community.... 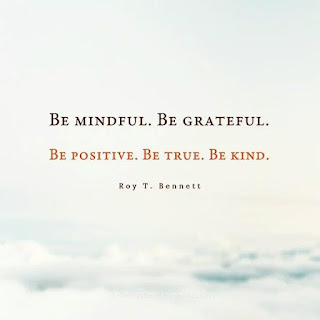 I spent the evening helping with finalizing curation for the properties of the Daily Outsider as the network goes dark for  Easter Week-End.    This is as I continued to deal with the aftermath of the "near scam" I reflected upon which I wrote about on late Tuesday.    Life goes on.

I had hoped, frankly, that at least somewhat things will be "back to normal" for a while as I worked to catch up on projects and get some semblance of a roadmap for the Quarter.    I swung by a Community Meeting as  I got the shocking word on the suicide of an Eagle Scout earlier tonight which was a total shock.    His Father noted how he had suffered from Depression.   It underscores how Mental Disease must be understood and those who suffer from it must be helped and loved always.    My own challenges this week was simply nothing--it did not matter.

Wednesday, though, gave me cause for hope.   I began Wednesday on a day of Service at St. Timothy's Catholic Parish as we served almost 40 families in the Parish Pantry.    As I was then continuing efforts to assess where things stood, I continued to stay in touch with @ZipRecruiter--although my comments fell on deaf ears and responses were "standard" and lip service was the order of the day.    The company, Ranker, washed its' hands off the whole thing.    I hope at least one person was helped--all the aggravation and stress of the past week would have been worth it.    The person who tried and scam me actually sent me another Google Chat Text asking me how I was--even though I had tried to block the address AND informed Google.   Unfortunately, Google is yet to get back with me.

I worked away on a few projects and initiatives before I joined the final home game for the Aliso Niguel High School Swim Team.    It was nice to be amongst friends after what was a rather stressful week as I served as Grillmaster.   It was so gratifying to be witness to the massive turnout by the parents as they cheered on the kids--and I could not help but truly be amazed as the volunteers helped staff the Snack Bar.   Our high school won!!   This is as I then decided to "crash" the Taste of Aliso Niguel Meeting which is another event driven by volunteers to help raise funds for activities at the High School.  It is a fabulous meeting that I look forward to supporting as a "volunteer" later on in the month.    This is as I also then joined the Grad Night Committee--another Aliso Niguel Tradition that Graduates are able to "party the night away" after Graduation.

As I finished off the night, I just was simply blown away by ordinary souls who gave of themselves in such a selfless way.   It is this selfless sense of purpose continues to give me hope about our future notwithstanding the challenges at hand.


I wish all a joyous Happy Easter!!!