It has been a very interesting and challenging year.    There were some success and some notable setbacks.   But, one has to always look at the positive no matter what as the great Maya Angelou reminded us all: 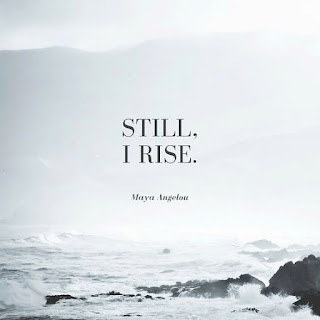 Outsiders went through a bit of an evolution as I had consultations with a number of consultants and potential partners.   One very crucial highlight for me was contributors that I view as probably one of the most profound positive developments--and their contributions have been fabulous.     The on-going consultations has also led to more of a focus which I hope we can all build upon--a focus on the Social Transformation.

One statistic that blew me away was when I saw what I was up to on Medium: 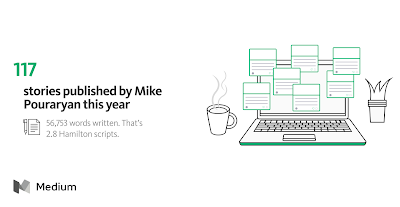 My eyes nearly popped out as I saw this statistic.   It was also very gratifying that on a brand new platform, Medium reported that some 929 people were gracious enough to check out contributions to Medium.   I am excited to build upon this during the new year.   .

Beyond the personal, there is also the reality of what happened in our World.     Mr. Trump is continuing to staff his Government and I helped with the latest on appointments and the roadmap ahead.     With some of the views on regulation, the environment,  and foreign policy evolving, there is going to be even more uncertainty as 2017 comes about.   The latest controversy has had to do with comments Mr. Trump noted regarding nuclear weapons and the arms race which was just reported on SkyNews--and noted in this I just picked up from Esquire.        This uncertainty is even more so true in the Middle East with an impending move of the US Embassy to Jerselaum and the challenges that Palestinians will be dealing as the Trump era has arrived in Washington:

This poem prompted by a very troubling article published at Five Thirty Eight about the continued widening gap between the rich and the poor in the World which is problematic.    It is available by clicking on it here.  It will a focus for the "ordinary faces" channel here in Daily Outsider.

As I worked away reflecting upon what has admittedly been a very challenging year, I had the pleasure to attend a memorial service for the Homeless who had passed away in Orange County this year--193.   Every name was read and a candle was lit in their honor.    Faith leaders from throughout Orange County came together at Chris Cathedral in a very moving tribute.   I had the honor of lighting one of the candles:

Here is a one minute Video Essay I produced on it:
Posted by TEST at 9:35 AM