While driving up to the Aliso Viejo Middle School Campus this past Friday,  I saw boxes of books with a number of older gentleman out and about.   I went up to one of them to ask about what was the deal.  They advised me that they were out there to distribute Bibles to Children: 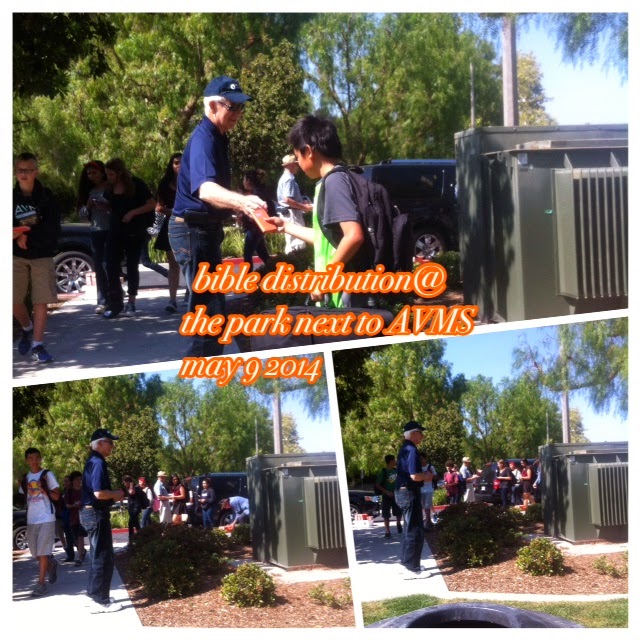 In checking with the School Adminstration folks, it appears that they were informed of this.   It was quite interesting that this crew had positioned itself right outside School Grounds and as folks were exiting the grounds to avoid being "On Campus".   However, it was still a bit disconcerting that a Public Park was used in this manner.

The need for separation of Church and State is ever more.