Random Thoughts: On A Week-End of Service & Other Thoughts..... 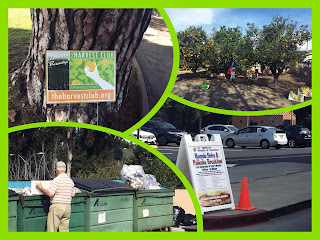 This past Saturday was a day in the Community.   For me,  It began with a visit to a harvest sponsored by the Harvest Club.  They are a cooperative that have created a network of residents who allow them the ability to harvest produce--this was in Orange as I was able to garner some grapefruits and oranges for the St. Timothy's Parish.  This is as I was witness to the St. Timothy's Parish being busy with the Monthly Recycling Drive--which was an Eagle Project that was launched.  It is amazing how a legacy has been sustained as it has!!  I also released a write-up with another tribute  for an Eagle Scout that achieved the near impossible.

As I was working away, I saw this "popping up" on the privilege I had to meet Senator Kamala Harris which I captured: 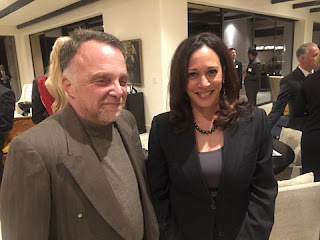 After doing some work in support of the Daily Outsider (including some tweaking of the templates today), I will be "kind of dark" to close out January and gear up for February as I hope all who visit the Daily Outsider properties enjoy the Daily Updates over Twitter and the live broadcasts of Sky News & Al Jazeera.     This is also a very joyous time as I reflected upon it during my Virtual Visits as I "book-ended" my weekly walkabout before I go "dark" for the week:


This was also a week as I took the Oath of Office for a third term of the City of Laguna Niguel's Traffic Commission--I am still in awe as I look forward to doing what I can to serve.