Out & About with Some #RandomThoughts on Iran (Updated) 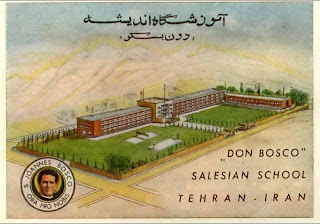 For this special edition of Notations, I decided to focus on Iran as tomorrow is the so-called "Election" In Iran.
I decided to begin by remembering how Iran was as I captured this image of my own School in Iran on how things were.
As I write this, every credible poll in Iran reflects a very low turnout--may be up to 20 percent of the estimated 65 Million People.   I am seeing reports about how the Sunni Minority is courted as well based on reporting by the Kalameh Network.  The reality is different, though, based on the simple depiction of what the true fact is: 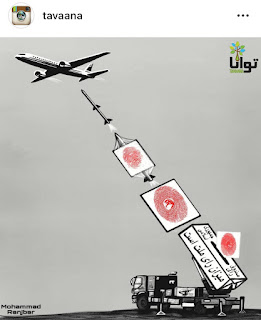 As I was surveying the scene, I caught this from Iran's Trevor Noah, Sina Valliollah who basically tore into the so-called "candidates"--2 of which withdrew in favor of the preferred candidate, Ebrahim Raissi:

What was the ultimate legacy of the Islamic Republic was noted below as the Leader spoke for the third time in a few weeks to basically beg the people to vote as everything is pretty much set:

Cc @Smvahedi…”.. . This extraordinary country, rich in human talent, culture, history and resources, is woefully misgoverned. ..” what you & your masters have done : https://t.co/8GIZ8qgiFg

As I was thinking about the tragedy that is Iran, I called up a classic talk by Professor Mohsen Kadivar of Duke University.  This sermon, delivered at a remembrance for the victims of the 2009 Green Movement Protests, went through an indictment of the Islamic Republic that resonates even today:
(Update ((6/18/2021:  Here are updated comments on the state of elections in Iran--This is from the leading opposition analyst Mojtaba Vahedi)):
..and as I wrote this update, the Kalameh Network provided live coverage of how streets in Iran  were empty on this election today--it is indeed a good day as Iranians are truly boycotting the polls: