#RandomThoughts For the Week 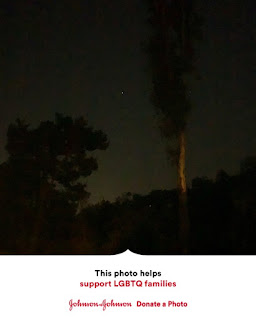 This is my 700th Notation here in my Virtual Corner--and what a journey it has been!!

It was a good day as the US Supreme Court came down on the sign of the LGBTQ community and the Neo-Conservative establishment went crazy.   The opinion was written by Justice Gorsuch--I noted that he might be our generations' David Sutter--I wonder if I will be proven right or not in spite of the circumstances that got him to the US Supreme Court.   It will be interesting to see how this plays out in the Elections.    I helped finished a Notation for the Daily Outsider that is now available in the Perspective Platform.

I have also been out & about in the Community as I was witness to opening up.   States are opening up--and we here in California have begun to open up.     The cases, though, are continuing to increase which is alarming.     It is upon each of us in our own way to be responsible--but I could not believe my ears and eyes as I saw Rouhani attacking the United States as COVID19 has ravaged Iran and as Iran is agitating to get Arms Shipments resumed--as all the neighbors are arming up.

We are opening up--and it has been great to be witness to a sense of normalcy returning.    I was on alert as a member of the Guard as I also tried to manage some of the other commitment .      As I am writing this, I am listening to Iran E Farda  on the plight of Human Rights in Iran.    Kamran Assa, who lost his Brother during the 2009 Green Movement, was a guest and his anguish was heartbreaking to be witness to.    His humility was humbling as he said how simple a man he was and yet his anguish was profound--and how his level of knowledge and understanding was profound.

I have also been working on monitoring the case of Nazanin Zargari-Radcliffe and the campaign to agitate for the victims of Ukrainian Flight 752 as I look forward to seeing their conference tomorrow:


It is not easy to be upbeat as I have been witness to so much distress and challenges over the past number of weeks.   But, there is no choice but to be upbeat.     I decided to again be upbeat on this milestone I've achieved here as I am proud of the vibrancy of our Community-epitomized by this from my archives of 2018: 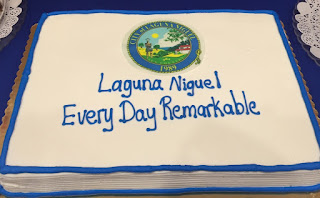 As my engagements continued, I captured the three tweets below that to me captured was also a sense of hope for the future:


On a brief prowl 4 the night..as I embrace these beautiful thoughts by the great & Talented @NazaninBoniadi on underscoring a commitment to Justice, righteousness...as I was so moved as I read this by Prof @milaniabbas : https://t.co/IWzAQTJ9rU https://t.co/93KEPpVAAD
— Mike Pouraryan (@mikepouraryan) June 10, 2020

When one sees such stories (and I was so bummed to have missed the live interview earlier...but looking forward to catching it..) because I know that #WeShallOvercome ..they did..we can't do no less...as I took comfort in this as well-wishing all a fab Wed from @LagunaNiguelCty pic.twitter.com/lTW6GeSWNt
— Mike Pouraryan (@mikepouraryan) June 10, 2020

The theme song for Make a Mark is live! A project that has changed the lives of three refugees, it is proof that sport has the power to change lives!

I continue to remain hopeful in spite of the odds.