Out & About With Some Brief #RandomThoughts 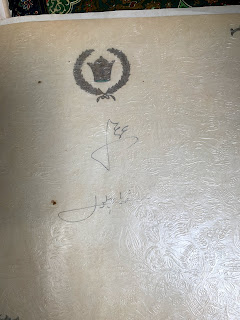 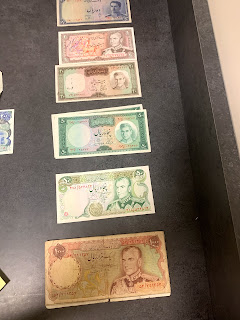 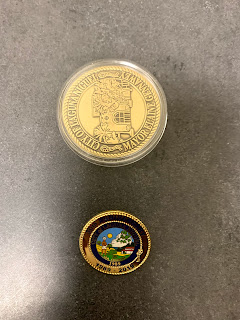 It has been quite a month and quite a quarter in many respects.     After a stint in Community Service for Covid, I was back tending to on-going commitments at the Daily Outsider as I also worked away on working (I hope) to finish off my Doctorate in Public Administration along with commitments at CalGuard, I also worked on assessing my Personal Artifacts Collection & Personal Library.
As I was assessing my personal artifacts, I readily admit that some of them are of profound sentimental value--for instance, a backgammon set that belonged to my Grand Father that is over 100 years old or an old Vinyl Record Collection that might have some interesting values.     There is also the National Geographic Collection of Magazines that goes back almost 50 years.    I also own a number of Iranian Artifacts along with a collection of Iranian Currency which I have illustrated above.
I have also been continuing to assess the ongoing tragic circumstances on the ground in Iran.  I joined in extending birthday wishes to Iran's Mandela, Nasrin Soutodeh earlier today:
Iran is at a crossroads as I remembered and continued to think about pre-revolutionary Iran.  Some 64 percent of Iranian Villagers are slated to leave their homes due to a lack of water.  Almost 32 Million People are in need.     This is as almost 70% of the people have no right to even run for Office as the Presidential Elections Loom in a few weeks.    I note this to underscore why an important artifact I own is critical:  an original signature of His Late Majesty the Shah of Iran and his second wife, Queen Soraya I am in the process of being framed for preservation.    The work with the Military Museum Command has underscored how it is critical to work on managing artifacts in a responsible way for the future.  It is all about leaving a legacy of purpose because this from the Daily Stoic underscored how one has to realize how we must savor every moment:

At the height of his powers, King Pyrrhus was killed by a roof tile, thrown by an old woman, as he conquered another city. In 1967, Harold Holt, the prime minister of Australia, went out for a swim in the ocean and simply never came back.

We like to think that power, that fame, that greatness, that money can protect us from the whims of fate, but of course it can’t. We lost Kobe Bryant to a helicopter crash. Stevie Ray Vaughn too. John Lennon was killed by a deranged twerp. John F. Kennedy by one too.

All the accomplishments, all the wonderful contributions to humanity, all the years they had left to live and gifts left to give—suddenly gone, cut off before their time. All the ambition, all the mountains they had their sights on climbing? Gone.

That’s why we say to ourselves, several times a day, memento mori. That’s why we study history. That’s why we read these texts. To remind ourselves of that inescapable fact that our ego wants to constantly ignore—that we are fragile humans. Whether we are an emperor like Marcus Aurelius or a slave like Epictetus, we are at the mercy of forces we cannot predict, let alone control.

We are mortal. We don’t have forever. We are not invincible. 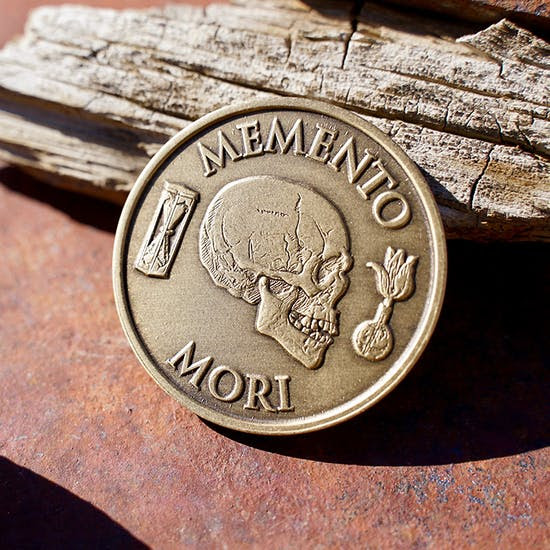 It is also Memorial Day weekend here in the United States.    I close out this with a tribute: 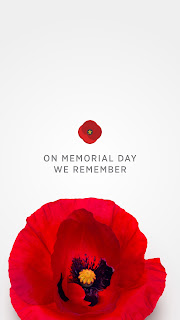