Out & About with Mid-Week #RandomThoughts 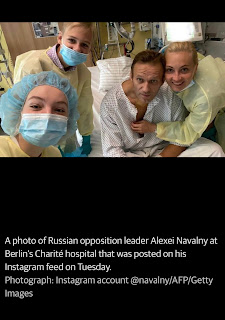 It has been a very challenging few weeks on all fronts.   Yesterday I had the pleasure to release the image of the courageous Alexy Navalny, the leading Russian Opposition Figure, who was poisoned and was allowed to go to Germany for treatment and is now talking.   But, I was stunned as I saw how the Iranian Regime murdered (and yes I am prepared to say murdered) the Champion Wrestler Navid Afkari Saturday.   I had joined the Twitter Campaign to help save his life but to no avail.   But, as the Actress and Human Rights Campaigner Nazanin Boniadi noted, we cried--now we have to organize.

In light of Navid's cold-blooded murder by the regime, I decided during this brief foray for my mid-month notation to share a few of the discourse I captured.  The first below is from the Journalist Mehdi Mahmoudian--he released a tweet earlier on efforts he had undertaken to help save Navid Afkhari's life--and in the Tweet below warns the Cyber Warriors of the Iranian Regime that if they think he and other campaigners will stop just because they've started some BS nonsense--they're sadly mistaken--and this is as pro-regime newspaper tried to justify his murder by calling for revenge--Mr. Mahmoudian was part of a team trying to entice the family to forgive--and he's been at the forefront of exposing the crimes of the regime since the Green Movement of 2009:

I captured this from the journalist and campaigner Masih Alinjead's Instagram Account  that called "Death to Khameini" and how Navid's Death will be avenged--this is as just today another execution was affirmed by Iran's Supreme Court for the Journalist Rouhllah Zaam who was kidnapped while on a supposed trip to Iraq: 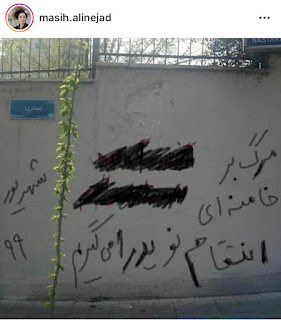 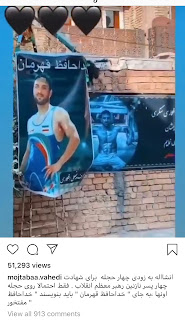 I was sickened when I saw a tweet quoting a member of Mashad's City Council.  Mashad's is Iran's holiest city and the headquarters of an organization called "Astan Qods"--that is one of the largest Economic Organizations in Iran controlling billions.   This member of the City Council said that a 14-Year Girl who went to the City Dump in Mashad ended up being pregnant so that she can sell the child to help with her life.   I was floored when I saw the tweet.    This is as  Nasrin Soutodeh continues her courageous hunger protesting the inhumanity in Iranian Prisons as I pay tribute to her and her courageous husband who continues to report on her condition--I had caught this about a documentary about her below but for some reason I could not track down the URL--but this I ran across is also quite insightful--she's currently sentence to 38 years in prison: 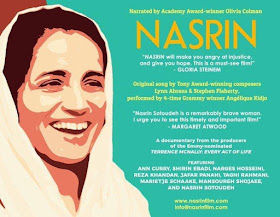 The Iranian Journalist who works for Manoto, wrote a very simple tweet a few weeks back that captured the inhumanity of the Islamic Regime as she noted how Donald Trump heard Iran's plea and  yet the Iranian Leadership (and the Supreme Leader personally) is deaf:

This is as the regime in Iran has told Iranians that they do not matter as they have forced children to go back to school and now they have forced people to sign a waiver like the one below--as Iran is expecting a third wave of the deadly COVID-19 virus: 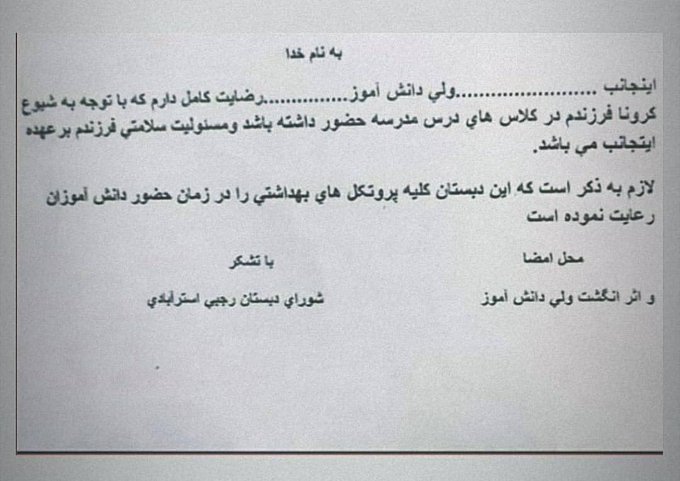 It is not easy to be hopeful--but there is no choice, is there?