As we wind down 2015, we wanted to reflect upon the broader community of Southern California.   Our team had a chance to visit Pasadena earlier this week to have an opportunity to serve supporting the 2016 Rose Parade.     It was quite a scene to be able to witness to the Vibrancy of the Community in Action with some of the most beautiful scenes : 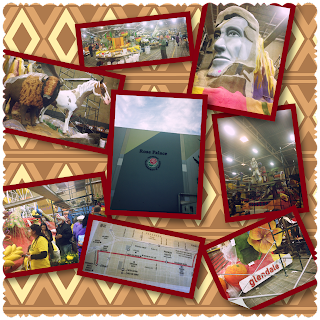 At numerous facilitites throughout Pasadena, volunteers were hard and fast at work working day and night preparing and finalizing the floats that the World will be witness to on January 1, 2016.  Whatwe also were quite amazed at was how Pasadena had been trasnformed into a vibrant "Old Pasadena" that preserved the best of the old while preserving the new.     It was just a beautiful day to be witness to it all.

As we are seeing off 2015, it was of note to reflect upon one of the highlights of our hometown, Laguna Niguel that saw the 2015 Holiday Parade being held:

It featured the soldiers and sailors our City has adopted along with Community Organizations that form a fabric that represents the City at its' best.      The commitment by the City will endure as it already has announced an opportunity for Community_Based Organizations to submit proposals to be eligible for to receive support from a $ 39,000 Fund established to provide support for them.      We also found of interest that Lake Forest is thinking about El Nino Already which we hope to share insights throughout the year.

It has been a very vibrant year in our Community.   We look forward to continuing our on-going discussions about our Community throughout 2016.

Happy 2016 from South Orange County and the City of Laguna Niguel!!!

We look forward to seeing all in the New Year!!!