On This #Thanksgiving2022 Eve in the U.S.: Brief #RandomThoughts 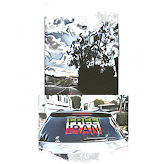 It is Thanksgiving Week in the United States.   It has been quite a few weeks--and that's quite an understatement.

I tended to my VW this month and in honor of the revolution in Iran, dubbed my VW the #WomanLifeFreedom Car in line with a campaign that my local VW Dealer launched.   I have also been quite keen to do what I can about supporting the Iranian Revolution--as I attended events and have continued the active advocacy on Social Media.   This is in spite of all that the regime is doing to kill, sow division, and create mayhem--as they did by attacking Mahabad in Iranian Kurdistan  Saturday Night.        It was also a moving day as I joined Laguna Niguel's Veterans Remembrance Ceremonies and wrote a brief memo on the "chalk wall" the City sponsors--and I added a book on my City to my library.

As I was working away on projects including The Daily Outsider, Virtual Education, and Social/Community Advocacy, I ran across this to report on :

The headline image I selected says it all--Hope in the face of adversity.
As I close out these brief #RandomThoughts with the following courtesy USAFacts, I wish Happy Thanksgiving to all!!
Posted by TEST at 10:13 PM