While Out & About : Brief Mid-Month #RandomThoughts.... 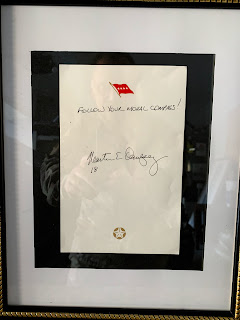 It is the dawn of a challenging quarter.   I took comfort in what General Dempsey's admonition above which is in my office:
Iran has also been on my mind.   This simple tribute to Iran (Ey Iran--Hello Iran) is a beautiful tribute as the profound challenges in Iran abound--epitomized by the Economic, Social and political challenges.    This is as  I have been assessing the aftermath of the attack on the Natanz Facility as Iran announced new enrichment efforts as the indirect negotations have been going in Vienna--and as the so-called Elections in Iran looms.    As I am writing these brief thoughts, I am listening to a conversation in Club House on Iran hosted by the Iran International News Director, Mehdi Parpahnchi--and even worst on how COVID continues to wreck havoc on Iran as an average of Six Iranians are dying every minute nationwide according to the Iranian Regime's Own Statistics.
It has also been quite a month so far as I had the pleasure to be part of a Community Project for COVID 19 here in Orange County --grateful for the opportunity to have done my small part.    I have continued weekly curation efforts for the Daily Outsider Properties.    Here are some of the images I captured from my "Community Walkabout" as I work away: 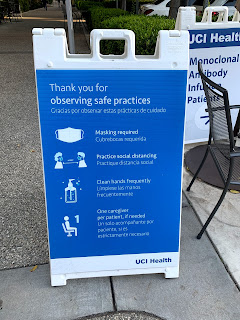 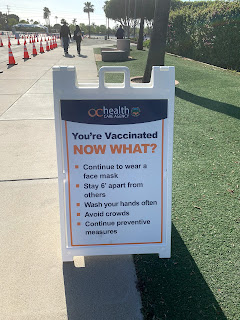 I was appreciative of this from UC Davis:
ONWARD!!!!
Posted by TEST at 7:53 AM