Out & About with Final #RandomThoughts For 2019

What a year it has been!!

I decided to begin with a beautiful image--an Eagle I captured while visiting the National's Twitter page and the article it had celebrating the return of the Eagle after a round-the-World journey.   The Eagle, to me, is a symbol of strength and beauty and yes, Hope--a hope that sure was tested throughout 2019.  I also, earlier tonight, released an clip from one of the favorites of us at the Daily Outsider, Cold Play, and their Classic the Adventure of a Life Time--and it has truly been one!!!

The development work at the Daily Outsider continued.   I had the pleasure to help with finishing off a final column for the year that will be available throughout the platforms of the Daily Outsider on Christmas Eve 2019 tomorrow.  This is as I was also quite busy as my responsibilities grew at the California State Guard, my Education Work continued and my community service engagements continued.    I decided to retire from Community work with the Scouts and with the City of Laguna Niguel after 10 years of service on Two Commissions with a term as Vice Chair and Chair of the Traffic Commission  and Vice Chair of the Public Safety Committee.    It was in the end about making a difference--and I am hopeful that I did.

The Traffic & Transportation Commission acts as an advisory capacity to the City Council on all traffic matters such as reviewing traffic complaints, surveying, making recommendations relative to traffic conditions, improving traffic conditions, and administering and enforcing traffic regulations. Their duties also include the study of public transportation, traffic regulations and traffic control devices, parking, and vehicle and pedestrian safety within the public right-of-way.
The Commission consists of five members each serving a two-year term, and two Council Member Liaisons. They meet on the 4th Wednesdays of each month at 7 p.m. in Council Chambers.
Members


It This was also a year of heartache and sorrow as I lost my Aunt.   It was quite challenging to be witness to the withering away of a loved one who was a symbol of strength and resilience.    I am grateful that Facebook quickly memorialized my Aunt Mahroo's Facebook wall--this will be the first Christmas she will not be with us.

My heart is also heavy as I have been quite engaged on Twitter about Iran and all that has gone on as I was deeply engaged in the daily assessment of the developments and seeing all the atrocities done by the Regime--the 300 percent increase in the price of gasoline was a trigger for the mass protests that engulfed Iran and truly shook the Regime to its' core.      Reuters reported about 1500 people--including 400 women--who had been murdered by the regime as the major uprising began.    The suffering is on such a grand scale right now--and the Iranian Interior Minister received an Award as the parents of one of the fallen Martyrs were arrested after they refused repeated demands by authorities to stop their public memorial for their son on the day after Christmas: 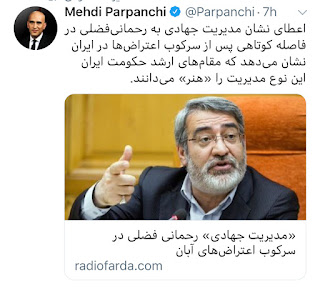 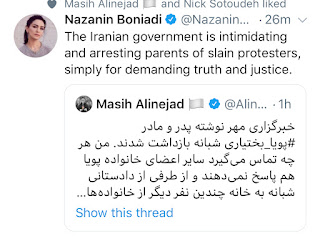 I also did what I could for hostages including  Nazanin Zargari-Radcliffe who has been held unjustly in Iran along with all the other hostages--and just found out that an Australian Researcher was also detained and thereafter given a 10-year jail sentence.

In spite of all the profound challenges at hand--dealing with the startup and all that it entailed-- I was reminded of how much I have to be thankful for especially as I attended the 4th Annual Homeless Memorial Event at Christ Catheral  here in Orange County.   What was shocking was how two infants died and how an Iranian was among the dead.  I captured scenes from this memorial day: 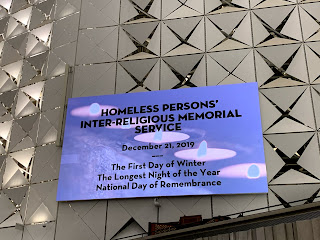 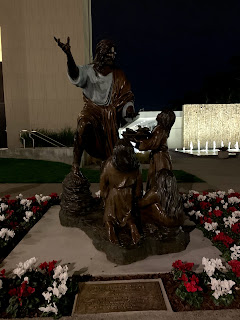 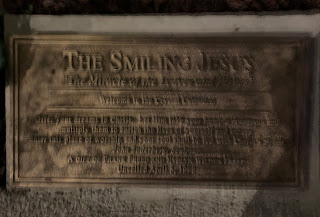 I will be going dark through the first week in January although I will be busy planning for the new year as the Trump Impeachment unfolds, the situation in Iran unfolds along with all the other challenges before us. 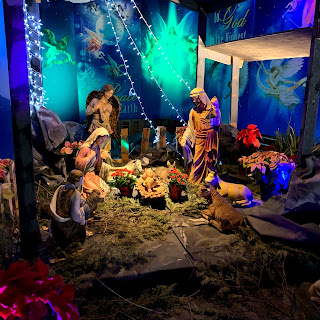