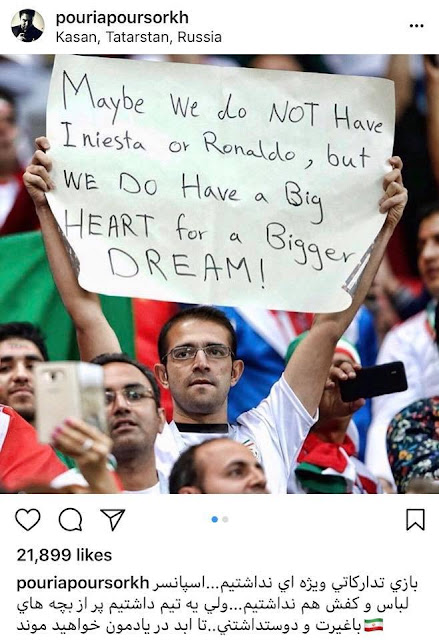 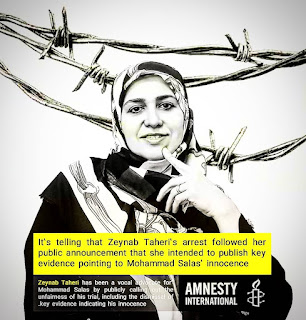 As I would be "kind of" off the Grid and as I helped with some curation work for the properties of the Daily Outsider for Fathers' Day, What I ran across below was so timely yet again thanks to the great work of Jonathan Lockwood Huie.  Although all the thoughts are critical, the one that especially resonated with me was the last one from Eleanor Roosevelt-I pray daily I did what I could as an Example for My Son...

There are two lasting bequests we can give our children: One is roots, the other is wings.
- Hodding Carter

The best inheritance a parent can give his children
is a few minutes of his time each day.
- Orlando A. Battista

Let parents bequeath to their children
not riches, but the spirit of reverence.
- Plato

If there is anything we wish to change in the child, we should first examine it and see whether it is not something that could better be changed in ourselves.
- Carl Jung


Every parent is at some time the father of the unreturned prodigal,
with nothing to do but keep his house open to hope.
- John Ciardi

You can never really live anyone else's life,
not even your child's.
The influence you exert is through your own life,
and what you've become yourself.
- Eleanor Roosevelt
Posted by TEST at 10:40 PM No comments:

I had been a bit "quiet" in my corner as i have been working away on Community Projects & Initiatives.  As the W-End Dawns,  I wanted to do things a bit differently while being "out & about" with what I picked up while on the "Grid" throughout the Week in support of The Daily Outsider especially during FIFA 2018!!!

If I can stop one heart from breaking,
I shall not live in vain.

If I can ease one life the aching,
Or cool one pain,
Or help one fainting robin
Unto his nest again,
I shall not live in vain. —Emily Dickinson pic.twitter.com/s1TGQrV1Dt
— Vala Afshar (@ValaAfshar) June 10, 2018 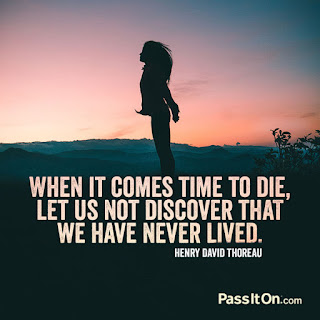 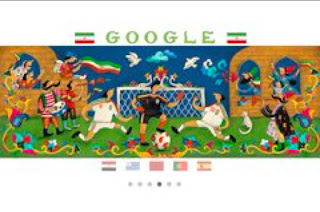 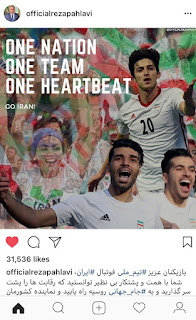 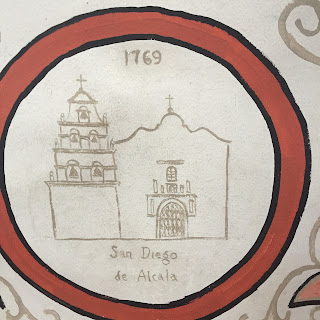 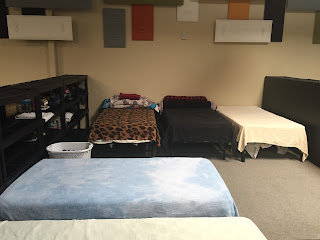 “The most difficult thing is the decision to act, the rest is merely tenacity.” -Amelia Earhart

A new month has officially arrived.     I captured this image from the team at the Mission that underscores how we should always have a little fun no matter what the circumstances are.

It has been quite a month on a multitude of fronts as exemplified by what  the Daily Outsider Team Worked on throughout the Month of May.    It was a bit irritating dealing with a challenge with the Twitter Handle over the past few weeks but it is now back up.   I myself was on a multitude of community projects including A solemn Memorial Day Ceremony at City of the Laguna Niguel that honored veterans in attendance and all who had given their life for America.     T his was as I was also witness to selfless acts throughout the month exemplified by the work being done about an upcoming car wash in support of the Units Laguna Niguel has adopted.

One thing that this past month truly brought home was a need to  embrace the possibilities no matter what the circumstances are.   As I was reflecting upon the month, there was one that truly hit home.    One of the clients at my City's Catholic Parish Pantry--where I serve on the staff in support--shared with me how she did recycling.   What was amazing about it all was how she did and then gave all the proceeds to her Church.      This was simple deceny in action which was something the Atlantic's David Frum noted especially in light of controversies over Samantha Bee's very very unfortunate comments about Ivanka Trump.

Beyond the shores of America, there is Iran--a special focus of mine with my responsibilities at the Daily Outsider.    I can't help but bow in large respect at the Truck Drivers, the teachers, the taxi drivers and all who have continued to be persistent in their protests against the regime as Economic Calamity continues to befall the Country on a multitude of fronts as the Regime tries to show an aura of normalcy.

It is not an easy task to remain hopeful.    There is no choice--and in it is where the probable can be possible--The tenancity of the dogs also reminds us of it all!!!  I close out this weekly with this that truly blew me away about how selfless souls can make a difference as they can: